Equitable, affordable access to quality early learning / child care is critical to ensure full workforce participation and a strong economy in Southeast Indiana. We know that learning begins at birth and 85% of brain development is complete by age five. Children who attend high quality Pre-K programs are 30% more likely to graduate from high school, and will be better equipped for post-secondary education, work, and life. The Community Education Coalition has been engaged in work to ensure access to quality early learning for well over ten years.

The study found that a third of children entering kindergarten were inadequately prepared. In response to that assessment, a three-year pilot project was implemented within Bartholomew County in 2010 and focused on the benefits of Early Childhood Education. The Richard L. Johnson Center: Busy Bees Academy Pre-K Program was launched through Bartholomew Consolidated School Corporation in response to this study, and with funding from public and private partners. The three-year pilot provided scholarships for low income 4-year olds to attend Pre-K at quality local providers. While continued funding via property tax assessment has been unsuccessful, the goal of providing access to quality pre-k for all remains a priority for the CEC.

In 2014 the Bartholomew County Early Learning Coalition was formed, facilitated by the CEC, to focus on the goal of ensuring all families have access to affordable, high quality early learning programs and opportunities.

In 2017 Bartholomew County became one of the first 20 counties in Indiana selected for the Indiana On My Way Pre-K program, which provides funding for low income four-year-olds to attend a quality Pre-K program. The CEC is the County Lead for this program.

In Spring of 2020, the CEC was asked to convene a Bartholomew County Emergency Child Care Task Force to ensure access to childcare during the COVID 19 outbreak, with emphasis / priority on the most vulnerable children and families, and a focus on supporting our community’s most critical industry sectors including healthcare, production, and service workers. Moving forward, the CEC will continue to advocate for equity in access to Early Childhood Education within Bartholomew County.

The iGrad program was launched in 2012 as a pilot program to increase high school graduation rates in Bartholomew County. The development of the iGrad initiative was facilitated by the CEC in partnership with Ivy Tech Community College-Columbus, Cummins Inc., Bartholomew County School Corporation, and Flat Rock-Hawcreek School Corporation. In 2015 a five-year strategic plan was developed by a cross-sector community team, facilitated by the CEC and supported by Cummins Inc., to define a long term sustainable funding and support model for the program.

iGrad is a unique program embedded in Bartholomew County schools with the bold goal of achieving a high school graduation rate of 100%. iGrad serves students with academic barriers in 8th through 12th grades, and focuses on increasing educational attainment by providing academic support and mentoring to students who have been identified as at risk for not completing high school. iGrad is a vital program embedded in the school system, offering an integrated and supportive approach to supplemental learning. The program strives to ensure students receive the academic, social, and other support needed to successfully complete high school and enter post-secondary education or careers by connecting students to job readiness skills and or through post-secondary education, internship, and co-op relationships with area businesses.

Today iGrad is an Ivy Tech Community College program, unique to its Columbus Campus, and embedded in the high schools of Bartholomew County to work with students who need additional support such as coaching, mentoring, and tutoring to achieve high school graduation and college or career readiness. The iGrad Program uses a team approach to assist students: iGrad Coaches help students navigate through the barriers they may experience as they advance through school; College and Career Readiness Coaches help students prepare for their lives after high school; and community volunteers work with students as mentors or tutors.

Counseling Counts is a comprehensive community-based mental health support system focused on developing a holistic, systems approach to addressing the mental health needs of students PreK-12. This system has created a cross-sector continuum of mental health services that: 1) identifies students with mental health needs, 2) addresses gaps between inpatient and outpatient services, 3) removes barriers that impede mental health wellness, 4) monitors the follow-through of parents and caregivers, 5) empowers students to discuss their mental health issues and eliminates the stigma around such conversations, and 6) mobilizes community partners to integrate Search Institute’s Developmental Assets framework and strengthen support for student success in and outside the classroom.

In 2016, the Community Education Coalition (CEC) awarded funds to the IUPUC Center for Teaching and Learning to manage the work of the Gateway Community of Practice. Indiana University-Purdue University Columbus (IUPUC), Ivy Tech Community College Columbus, and the EcO Network (an initiative of the CEC) are collaborative partners in this initiative with a goal to increase student success in gateway courses. Success in gateway courses improves student retention and degree completion leading to improved career and employment opportunities in the region. The initiative includes both instructor-driven and student-delivered strategies and will collect and analyze data to determine the most impactful approaches to increase gateway course success.

In 2019, the Gateway Community of Practice received additional funding from the Community Education Coalition Innovative Solutions in Education to Employment grant. The grant is funded by Strada Education Network, a national nonprofit dedicated to improving lives by creating more direct and promising pathways between education and employment. The three-year grant award will support the Gateway Community objective aimed at increasing student success in college courses.

Both IUPUC and Ivy Tech Community College Columbus actively participate in the EcO Attainment Network. The network brings educators, employers, and community partners together to build a coordinated, aligned learning system designed to connect residents to economic opportunities through education attainment. Within Southeastern Indiana, the Department of Workforce Development projects that by 2025, 60 percent of jobs will require some type of postsecondary credential thus making education critical to the regional economy. While the focus of the Gateway Community of Practice is on helping students succeed in entry-level courses, it serves as a building block in the larger scope of work supporting learners as they progress along their educational pathway toward degree completion.

Avenues to Opportunity is a systemic approach to help motivated people step out of poverty and into self-sufficiency in Bartholomew County. The initiative mobilizes people and resources to provide opportunities for the community’s most vulnerable citizens. By maximizing opportunities for individuals and families to succeed and achieve self-sufficiency, we’re strengthening the entire community. The CEC is a key partner in the Avenues to Opportunity initiative.

In 2018, the Community Education Coalition raised $2 million from very generous stakeholders (City of Columbus and private donors) to support the establishment of the Indiana University (IU) Master in Architecture Program in Columbus, Indiana.

The program utilizes the city’s more than 65 examples of Modern architecture and famously designed buildings by I.M. Pei, Eliel Saarinen, Eero Saarinen, Kevin Roche, and Harry Weese, including schools, churches, the public library and businesses. The concentration of such works earned Columbus the designation of the sixth-most architecturally important city in the country by the American Institute of Architects. 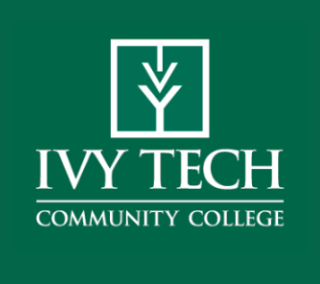 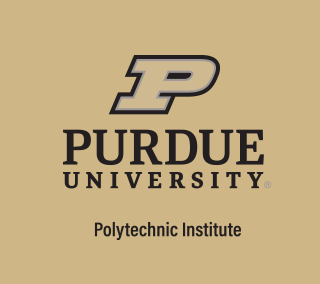 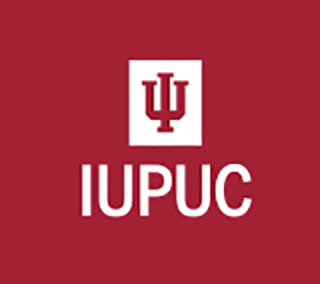